Exyn Technologies, a pioneer in autonomous aerial robot systems for complex, GPS-denied industrial environments, is leading the charge to help modernise the mining industry through fully autonomous operations, with more product integrations in the pipeline with partners Sandvik and Rock Solutions.

Exyn unveiled plans on the opening day of the virtual edition of the PDAC (Prospectors & Developers Association of Canada) convention.

The data collected is processed using Exyn’s onboard 3D mapping technology - powered by ExynAI - which is then integrated with Sandvik’s OptiMineMine Visualizer solution for analysis and optimization of underground mining production and process.

The partnership with Sandvik Mining and Rock Solutions allows mining customers to benef it from comprehensive underground aerial 3D mapping with progressive visualization that increases overall transparency of mining operations; including for GPS-denied, hard-to-reach, or hazardous areas, or locations that would be time-consuming to survey and inspect using conventional methods. 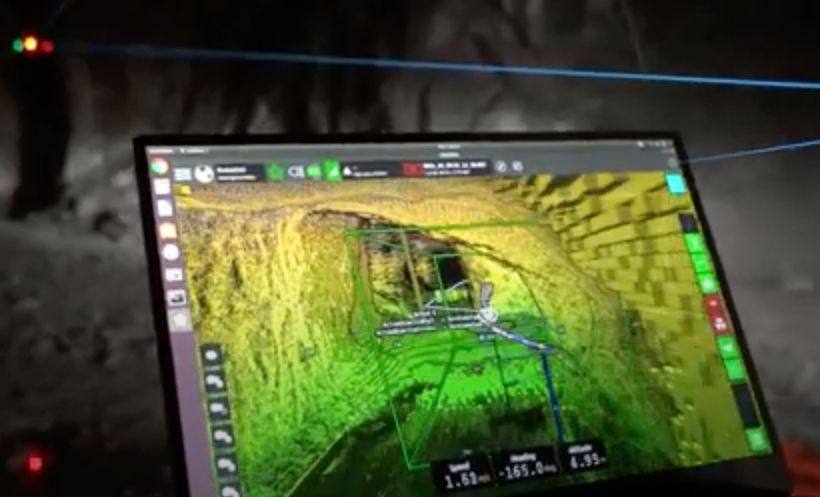 “This step in our partnership with Exyn is critical. Our teams have been working closely together to ensure the connection between Exyn and Sandvik’s systems would be seamless and easy for operators to use,” said David Hallett, Vice President, Business Unit Automation, Sandvik Mining and Rock Solutions.

“When this feature gets rolled out to the market as part of OptiMine®, it will allow our customers to analyze Exyn’s high-resolution, aerial maps in OptiMine®. After this demonstration, we look forward to further developing our partnership and integrating our hardware and software systems in the coming months.”

“We’re very proud to expand our partnership with Sandvik and to deliver the key benefits of safety and operational efficiency to all the humans involved in the mining industry,” added Nader Elm, CEO and Co-Founder of Exyn Technologies.

“By offering world-class software and technology, we have given customers the ability to map areas underground they could never before reach. Our end goal is to be an integral part of fully autonomous mining operations and I’m confident that through our partnership with Sandvik, we’re one step closer.”