82 percent of the mining industry look set to increase investments in digital technology over the next three years, according to a new report. Accentur...

82 percent of the mining industry look set to increase investments in digital technology over the next three years, according to a new report.

Accenture has released its latest “Digital in mining: Progress and opportunity” report,  which takes an in depth look into how the mining industry is using, and not using, digital technology to improve decision making, increase efficiency and productivity.

The report was gathered from a survey of over 200 C-level and top management executives and functional leaders in the mining and metals industry.

This included representatives from all across the world, including Canada, Brazil, Australia, and South Africa to name a few.

Dig a little deeper, and 28 percent of those said that they expect those increases to be somewhat “significant”.

The report concludes that for those that embrace digital technology sooner rather than later, the results are likely to be well worth the effort. 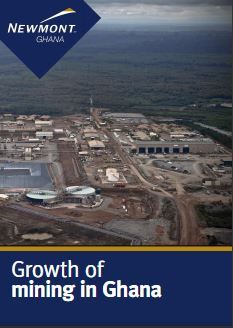 Mining companies are currently embracing digital technologies. This is not a strange and new phenomenon hitting the industry. But it is the application of these technologies that is telling.

Another example shows that Drones and UAVs are of course being used mainly for the mine operation (41 percent) but only 27 percent are using digital platforms such as cloud technology.

What is telling, and an interesting statistic, is that in sales and marketing, 47 percent said they used cybersecurity technology, compared to a much lower 26 percent in the actual mine operation.

This points to an area of real risk, as the report says.

“It may be that the digitally-enabled mine is still a relatively new concept, and awareness of those risks is still low. In any case, miners need to be aware of their growing exposure in operations,”

Interestingly, the issue of cyber security appears to be something of a barrier towards embracing digital technologies.

37 percent of respondents said that cyber security concerns were a barrier to getting more out of digital technology.

Where do we go from here?

So what are miners achieving through digital enablement?

“When asked about overall business benefits across the organization, executives most often cited improved workforce productivity, especially from mobile/tablet devices, automation, visualization and the ability to simulate physical environments,”

The real question comes from trying to figure out how to achieve real value through digital technologies. Currently, 64 percent of respondents believe they are “relatively satisfied” with their technology investments over the past 12 months, while 33 percent said they were “extremely satisfied”.

The mining industry is ready to explore the technological space, but there is still a sense of risk averseness across the whole sector.

“Technology is the enabler, but achieving real value depends on how the business leverages the technology. If companies are satisfied with the value they are seeing from their investments, it boosts buy-in and interest—and that, in turn, can help drive success and sustained results from the growing use of digital technology.”