Centre for sustainability in mining - a culture of change

Mining Global spoke with Professor Caroline Digby of the Centre for Sustainability in Mining and Industry and how the University of Witwatersrand in Joh...

Mining Global spoke with Professor Caroline Digby of the Centre for Sustainability in Mining and Industry and how the University of Witwatersrand in Johannesburg is creating a future workforce of sustainably sound mining professionals.

In 2004, the mining sector was facing a crisis – one of so many in this deeply cyclical industry. Mining companies were failing to attract the top graduates and were encountering increasing difficulties in securing land, licences and the approval of communities needed for new mine approvals.

“The gap between the few that benefitted, and the many who paid the long-term consequences, was growing, and growing more unacceptable,”

“Mining leaders were determined to demonstrate that they could create shared value, they could operate responsibly and that they would chart a course of action that challenged the notion of deep, dark and dangerous as the only script for mining.”

And thus, the Centre for Sustainability in Mining and Industry (CSMI) was born out of the Mining, Minerals and Sustainable Development (MMSD) global research project, “Breaking New Ground”. In the report, the MMSD project explored how the mining industry could “transition to a position where it contributed to sustainable development.”

“At the time, the industry safety record in South Africa was unacceptable. One of the early initiatives was to drive a concerted approach to reporting transparently on safety performance using industry benchmarks and indicators,” says Digby.

Safety continues to be a major focus and numerous programmes to bring regulators, mineworkers and mining companies closer together on safety issues have been launched or supported by CSMI.

Health issues have also risen up the agenda – particularly in the light of class action lawsuits against the majors.

“Our research and training links safety not only to occupational health but also to the other problems so frequently associated with the health of mineworkers (AIDS, TB and silicosis).” 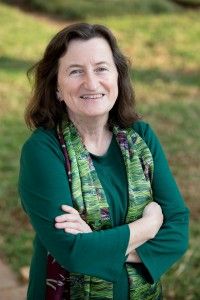 CSMI’s focus is on providing both the reason and the means for change.  Academic and applied research undertaken recognizes both the unique conditions of African mining and the need for internationally acceptable practice.

The results of that research are translated into a suite of training and capacity-building offerings that are included in the building blocks for the next generation of mining professionals, alongside targeted interventions aimed at continuous professional development and building specialist capability.

CSMI may operate in Johannesburg, South Africa, but what the centre aims to do is serve the wider mining industry worldwide. CSMI attracts a large number of international participants, as well as having key links with academic institutions from Australia, Canada and the UK, something that Digby sees as a critical aspect for the future of the initiative and the industry.

“The links to other international academic institutions is critical, as it creates the backdrop for the future training of the sector based on international practice and evidence-based research. There is huge potential for mining to contribute to development, articulated in the African Union’s African Mining Vision, which is now being rolled out at the country level,” says Digby.

“Through these links, CSMI can contribute to knowledge sharing in both large-scale and artisanal and small-scale mining sectors.”

It is with these partnerships that CSMI acts as a hub for information and the fulcrum for evidence-based research on responsible mining. It acknowledges the multi-jurisdictional differences encountered by mining companies in Africa, the challenges of regulatory implementation encountered in many mining countries and the need across the continent to improve the long term outcomes and reduce the potential for negative legacies.

The industry faces on-going pressure to prove a demonstrable positive legacy and remain a viable choice in terms of economic activity.

“Despite difficult global circumstances, where it is a price taker and affected by the economic swings and roundabouts of global economies such as China, the industry needs to deliver real local benefits,” says Digby.

Cost reduction measures are becoming more common place across the industry and Digby believes that this is tempting companies to dismiss these legacies as “non-core issues.”

“As the management of any mine or shaft closed by regulators on safety grounds, by communities on social licence issues – or after environmental infringements – can testify, the cost of remediation goes way beyond the sometimes puny fines that regulators levy,” she says.

The impacts of technology and innovation are not only affecting the future of the industry, but very much the here and now. Automation is one of the largest technological changes in mining, resulting in more remote mining and fewer workers.

For Africa, this presents the possibility of significant job losses – particularly amongst lower skilled workers.

“Our focus is on engaging companies on the need to plan for this and retrain workers to develop portable skills,” says Digby.

“Without this there is a danger that these workers could become the illegal miners of the future in an attempt to continue seeking out a living. Government and companies need to work together on this transition, preparing workers to move from mining into other areas of work,” she adds.

Looking to the future

“With these opportunities comes the challenge of the influx of people desperate for work, the need for resettlement of communities and the on-going challenge of infrastructure development - bedevilled as it often is by high expectations and low capacity of both communities and authorities to negotiate lasting beneficial agreements,” she says.

“Too often this still leaves mining companies as the de-facto local authority with a long-term responsibility for a lot more than running a mine.”