The mining sector endured a hurricane of highs and lows (mostly lows) in 2015 – from all-time low commodity prices, major environmental disasters, to companies hitting the brink of bankruptcy. While many analysts believe the party may be soon over, the mining sector continues to push forward. As we enter 2016 we highlight the top stories of the past year.

Inside the Making of Roy Hill

The long awaited Roy Hill project in the Pilbara region of Western Australia is finally coming to fruition. Representing the next era in iron ore mining, the $10 billion project is expected to unlock a treasure trove of iron ore—55 million tons per year—through an integrated mine, rail and port operation, while providing significant economic and social benefits in the process. The Roy Hill operation is scheduled to load its first shipment of iron ore for export later this year. Read more

An inside look at Caterpillar's MineStar technology

It’s a tough time for the mining industry. The commodities sector continues to struggle with unstable prices, casting uncertainty across an industry whose fate is tied to the materials it extracts. It’s an unfortunate setting, but for equipment manufacturer Caterpillar Inc., necessity continues to be the mother of innovation. 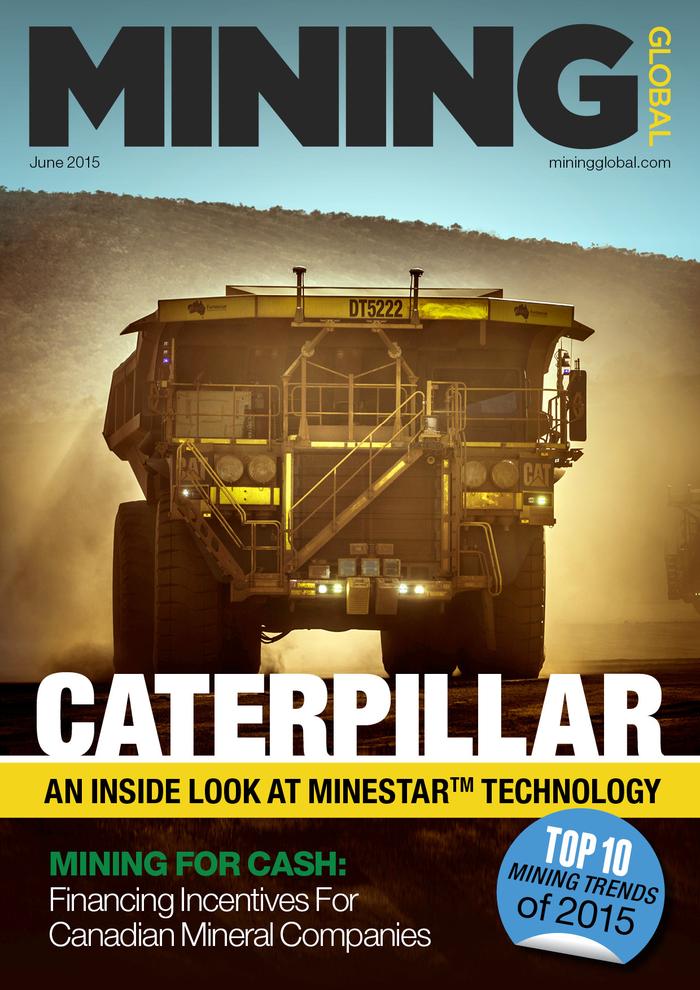 Moon Mining: What is the Payoff?

Mining the moon has been a hot topic of late, and for good reason. The potential for a bountiful, treasure-trove of untapped resources has many companies pondering the possibilities. Is the moon ripe for the picking of rare elements, and if so, what is the payoff?

Ian Crawford, a professor of planetary science and astrobiology at Birkbeck College, London has published a new assessment of whether or not there’s an economic case for mining the moon. Although it’s hard to identify any single lunar resource, Crawford says the moon does possess an abundant of raw materials that are of potential economic interest. Read more 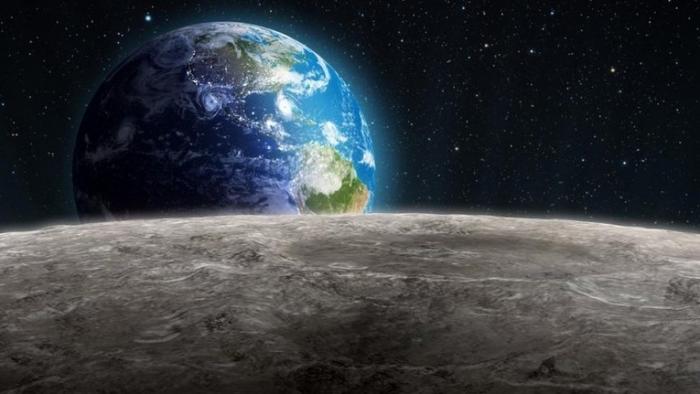 Breaking up is hard to do, unless it’s a profitable one. Australia-based mining company BHP Billiton is going back to its roots by announcing a split between core and non-core operations, transferring aluminum, manganese and nickel assets into a new company.

• Related: BHP Billiton Reveals New Details for South32; How Will it Impact the Market?

According to a new report authored by Sonali Paul, the demerger of assets into a separate business could be worth at least $12 billion.  Simplifying the company would “generate stronger growth in cash flow and a superior return on investment,” a spokesperson for BHP said on Friday. The split will allow the company to focus on its four pillars, “with potash as a potential fifth,” allowing BHP to “quickly improve the productivity and performance of our largest businesses,” the company said. Read more 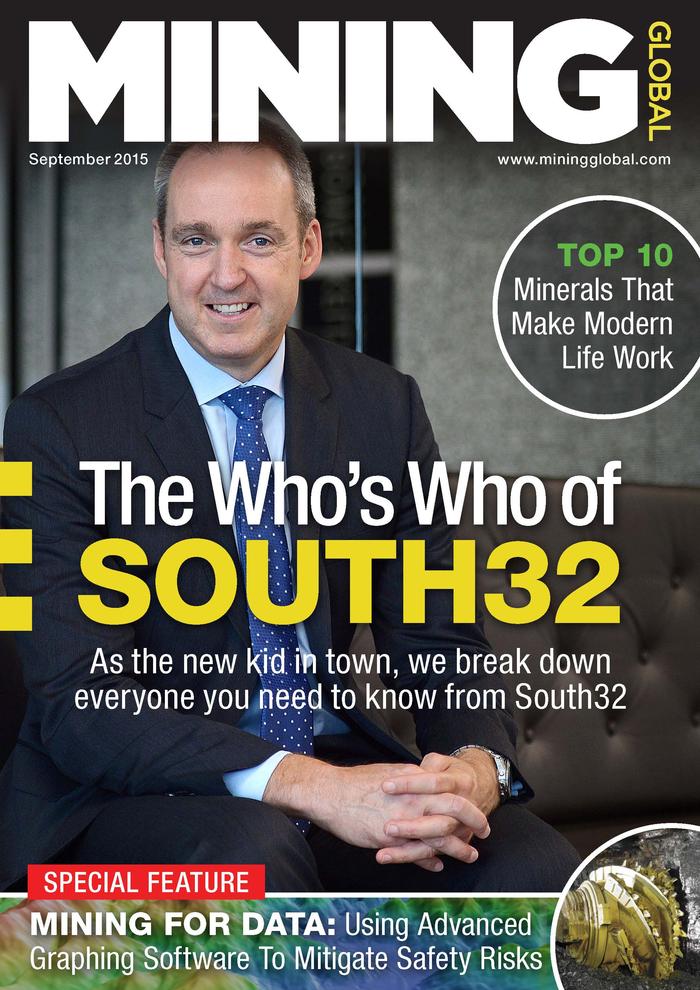 With an estimated price tag of $16.5 billion in capex and sustaining capital, the Carmichael coal, railway and port project based in Queensland, Australia, is on-track to build one of the world’s largest thermal coal mines, producing roughly billions of tons of coal resources during its estimated 60-year lifespan. The Project is being spearheaded by Adani Mining, the Australia-based subsidiary of Adani Group, and the expectations are as high as the cost.Read more 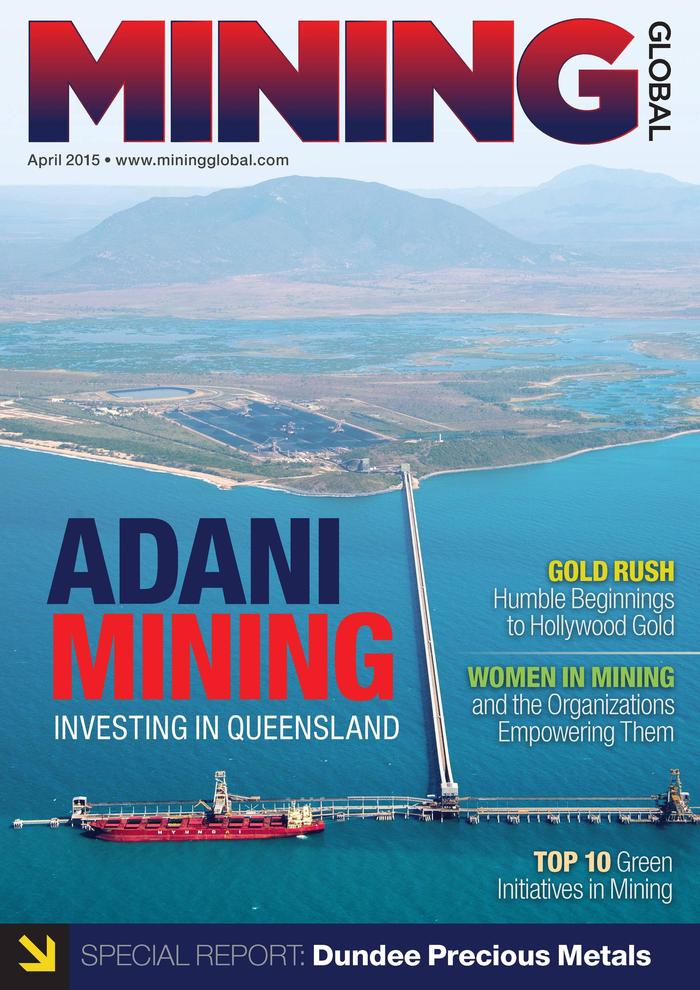 The hit television show Gold Rush has done a lot for Dave Turin in the last few years. Gold Rush, which just wrapped up its fifth season on the Discovery Channel, has become Friday night’s most watched cable program, racking in nearly 5.5 million viewers. The show has helped Turin become an American sensation. The rapid climb to success, however, didn’t happen overnight.

Originating from Sandy, Oregon, Turin’s spent the last 24 years managing a family-owned rock quarry business with his father and three brothers. After finishing his Civil Engineering degree from Portland State University, Turin joined his father and brothers in the paving business. He credits his father for his entrepreneurial spirit.

“My father was a high-school teacher growing up. To keep us boys out of trouble he started a paving company.  It became pretty successful so he quit teaching,” Turin recalls. Read more 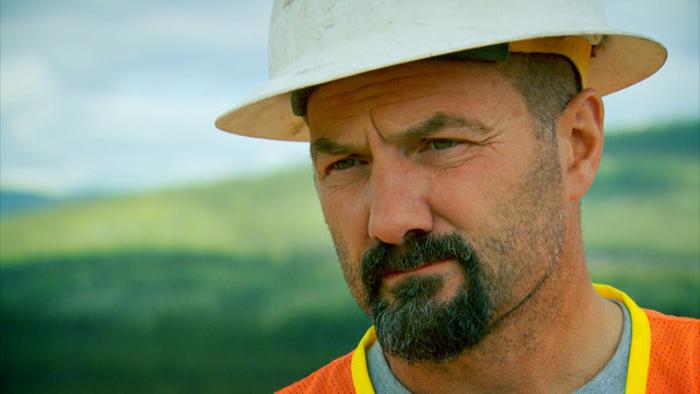 Open-pit mining is one of the most commonly used techniques to extract minerals from the Earth. The process, which is also known as “opencast mining,” “open-cut mining” and “strip mining,” is used when deposits are located close to the surface, and entails digging or blasting from the ground level to extract ore.

Along with being highly cost effective and efficient, this digging method results in massive holes that are both impressive and spectacular for onlookers. We showcase the largest open pit mines the mining industry has to offer: Read more 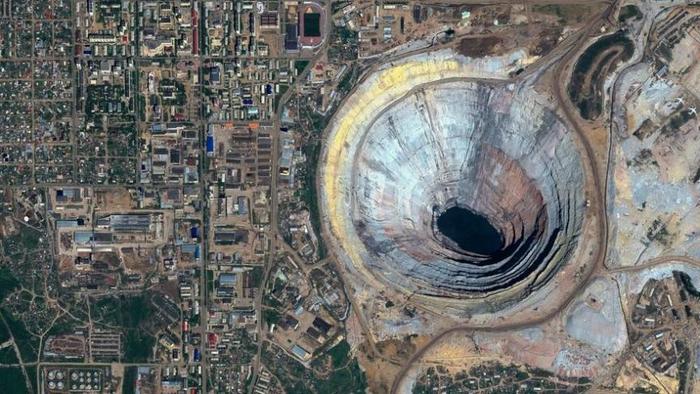 For many young professionals, the ultimate career destination is the big office with the secretary in front and the view in back.

To be a CEO of a major mining company it requires the right vision and a willingness to take calculated risks. You have it or you don’t; it’s as simple as that. The following CEOs, despite their young age, have the tenacity to operate some of the largest mining companies in the world. Read more 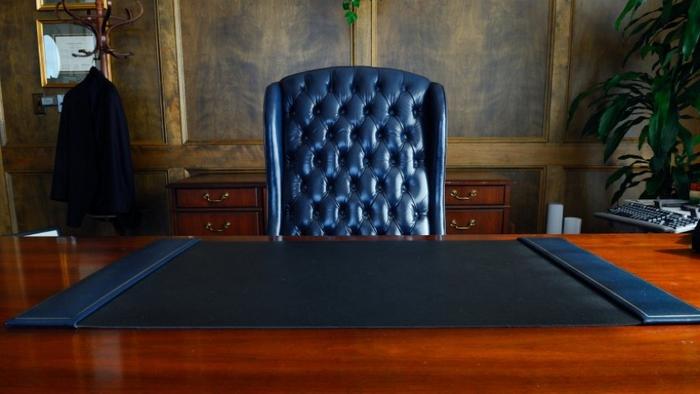 Gary J. Goldberg was appointed president and chief executive officer of Newmont Mining Corporation in March 2013. Prior to joining Newmont, Mr. Goldberg was president and CEO of Rio Tinto Minerals, and served in leadership roles in Rio Tinto’s coal, gold, copper and industrial minerals businesses. He received his undergraduate degree from the University of Wisconsin and an MBA from the University of Utah.

In our two part series (read part one here), we interviewed Goldberg to learn more about the CEO and his professional background, including his role at Newmont and future goals for the company, as well as his take on leadership, qualities to look for when hiring and the Green Bay Packers. Read more 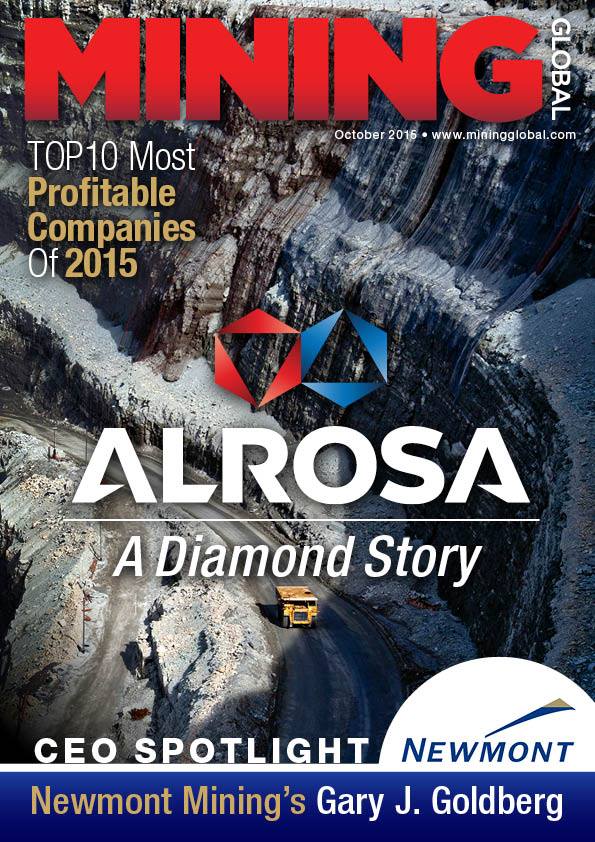 [INFOGRAPHIC] The Industrial Internet and its impact on the mining industry?

According to General Electric, it costs trillions of dollars each year to run these complex and intensive systems and by improving efficiency by just one percent, the result can create millions in cost savings. In 2014, the combined operating expenditures for the Top 40 miners was $531 billion. If you subtract one percent of that it equates to $5.3  billion. Read more 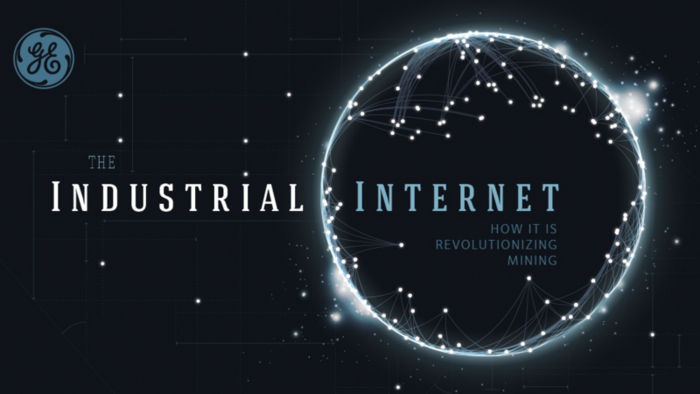 As social media continues to overtake traditional media, it’s no surprise mining companies are joining the trend. The list of miners signing up for sites like Facebook, Twitter, YouTube, LinkedIn and Instagram has exploded in recent years, paving the way for companies to establish an online presence on their own terms. In the age of social media, these are the top 25 mining companies you should be following. Read more 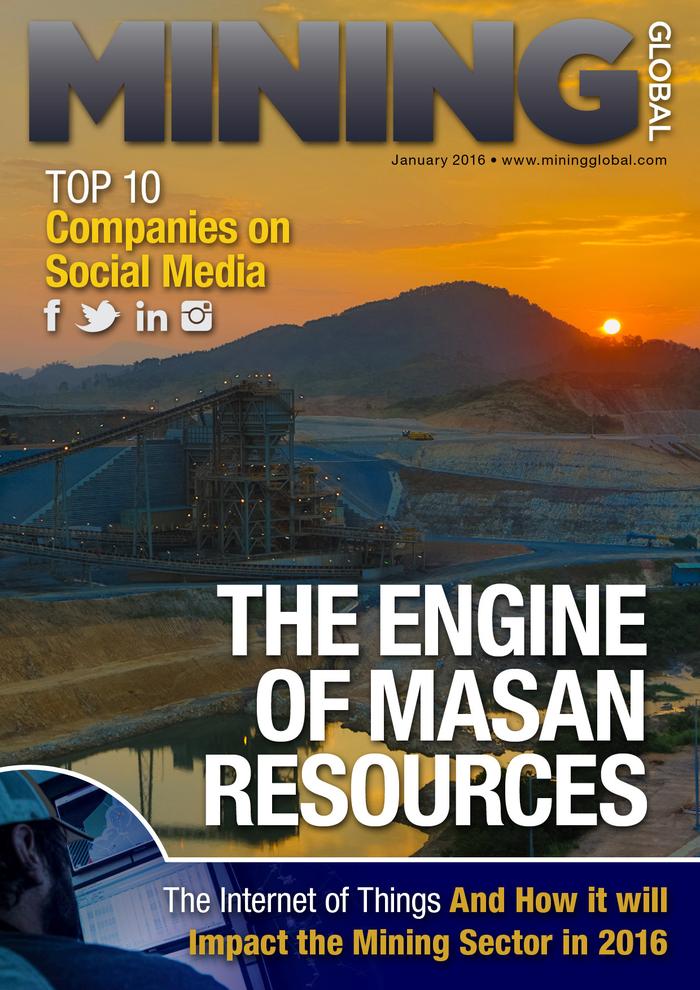 Top 10 Mining Colleges and Schools in the United States

The mining industry is one of the most competitive industries in the world. It’s not easy for job seekers with no experience to break into. At the very least, mining companies will expect potential employees to have some qualifications relevant to the resources industry, if not a deep level of expertise. Because of that, education is essential.

The United States is home to some of the most prestigious mining and engineering schools in the world.  If you’re looking to make a name for yourself in the mining sector, these schools are the cream of the crop. Read more 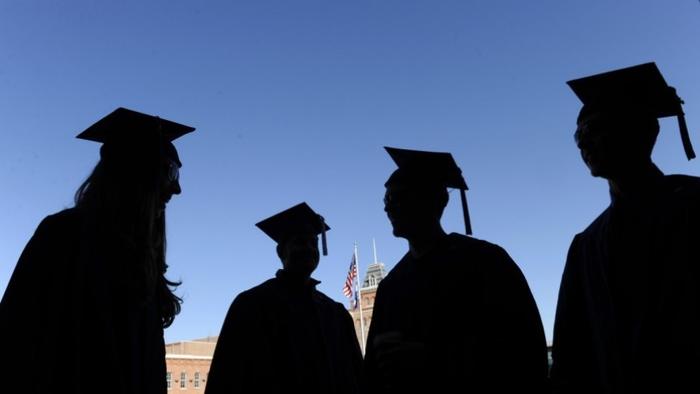