The company, which controls 1,000sqkm of claims in the district, recently completed the 15 hole 5,746 metre drill program at the project, with first assay results to be released in early November. It has extended its 2020 drilling in the area by 2,000 metres with 10 additional holes planned through the remainder of the year.

"The Cariboo region of British Columbia is highly attractive for gold exploration and development with excellent local infrastructure, access to skilled labour and multiple operating mines." 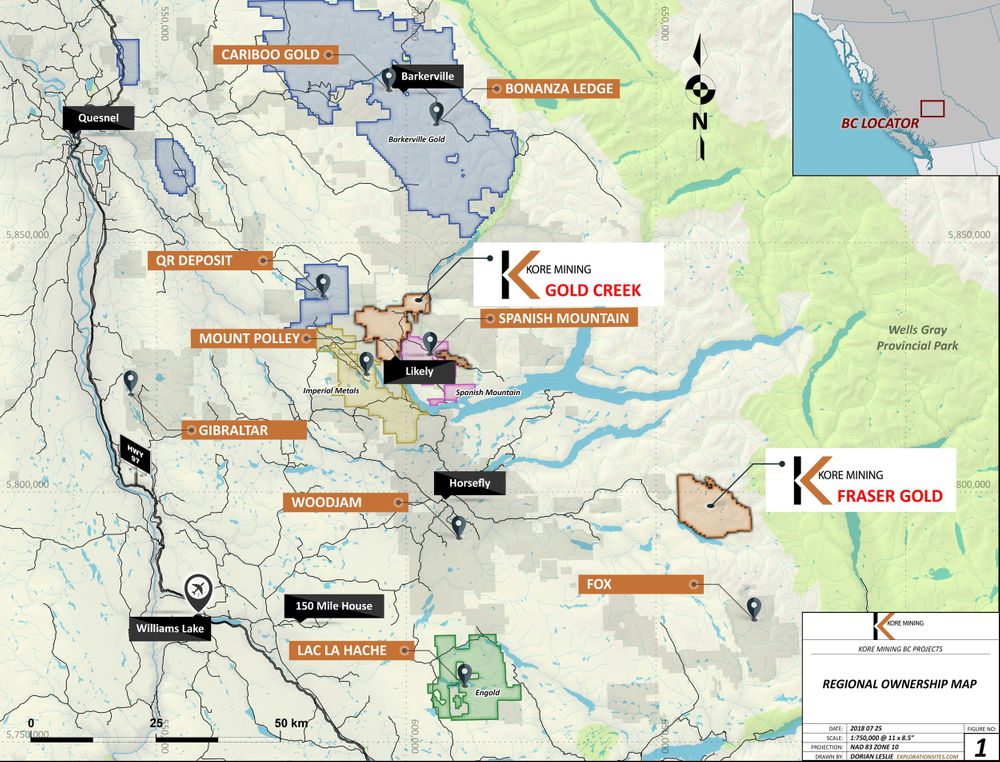 KORE completed 15 holes drilling for 5,746 metres in the Main Zone of the FG Gold project from June through October 2020. The Program was designed to target large step-outs from known mineralization at depth and to extend more drilling into the Lower Zone, a new mineralized rock unit, discovered earlier in 2020.

The Program continued to use oriented, large diameter (HQ) core and metallic screen assaying to both define structure and get representative assays from the coarse gold in the FG Deposit.

The FG Gold property straddles the boundary between the Omineca and Intermontane tectonics belts of the Canadian Cordillera. The district was host to the Cariboo gold rush in the late 1800s.

Iran government to invest in gold mine production