Ivanhoe Mines joint venture with China’s Zijin Mining is in a strong position to move its copper project forward following the recent success of its $575mn convertible notes financing.

Co-Chairs Robert Friedland and Yufeng ‘Miles’ Sun are consideringhigh-priority opportunities including accelerating the Phase 3 expansion at the Kamoa-Kakula copper mine (beyond Phases 1 and 2).

Fast-tracking additional hydropower upgrades in the DRC also is a high-priority opportunity to ensure abundant clean and renewable electricity for all subsequent expansions at Kamoa-Kakula. The management team also is evaluating a potential, state-of-the-art, direct-to-blister smelter that could bring numerous economic benefits and further reduce the project’s Scope 3 emissions.

The funding also will provide opportunities to expand and accelerate the copper exploration program on the company’s Western Foreland exploration licences, located in close proximity to the Kamoa-Kakula mining licence. 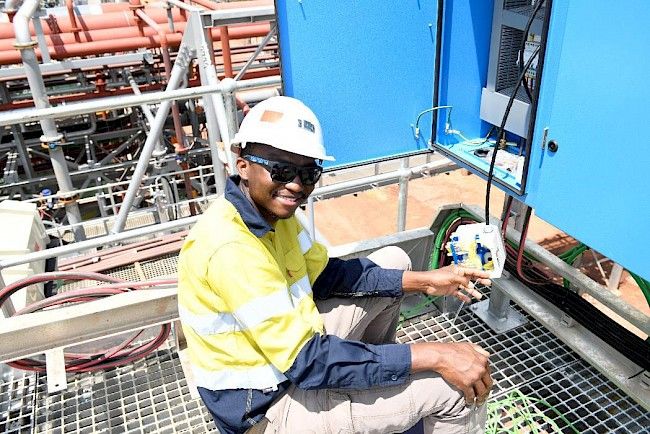 Friedland commented: “The proceeds from the offering strengthen the position of Ivanhoe Mines. The company will now look to further increase production at our Kamoa-Kakula copper joint-venture, and to accelerate the Phase 3 concentrator expansion from 7.6 million tonnes per annum to 11.4 million tonnes per annum. Together with our partner Zijin Mining, we have already accelerated the Phase 2 expansion to begin production in Q3 2022 and bring copper production to approximately 400,000 tonnes, or approximately 880 million pounds, per year.

"Our improved capital position now opens the distinct possibility of earlier development of the Phase 3 expansion, which would bring copper production at Kamoa-Kakula, up to approximately 530,000 tonnes, or approximately 1.2 billion pounds, per year.”

“We are delighted to welcome many new institutional investors to Ivanhoe Mines,” added Friedland. “Our company is about to make the long-fought transition from an explorer and developer, to becoming a major diversified mining company. It has been a remarkable journey for Kamoa-Kakula and Platreef; to grow from grassroots discoveries to imminently joining the ranks of the world's largest producers of copper, platinum-group metals and nickel.”

Friedland believes Ivanhoe Mines is uniquely positioned as both a deep value and growth equity story, with industry-leading Environmental, Social and Governance attributes.