Cupric Africa (the mining arm of Cupric Canyon Capital) has positioned itself to become a significant player in Botswanas copper sector; having complied...

Cupric Africa (the mining arm of Cupric Canyon Capital) has positioned itself to become a significant player in Botswana’s copper sector; having complied with various regulatory measures and having deployed its resources strategically, the company is now set to solidify production at one of the most important copper discoveries in the past few years. 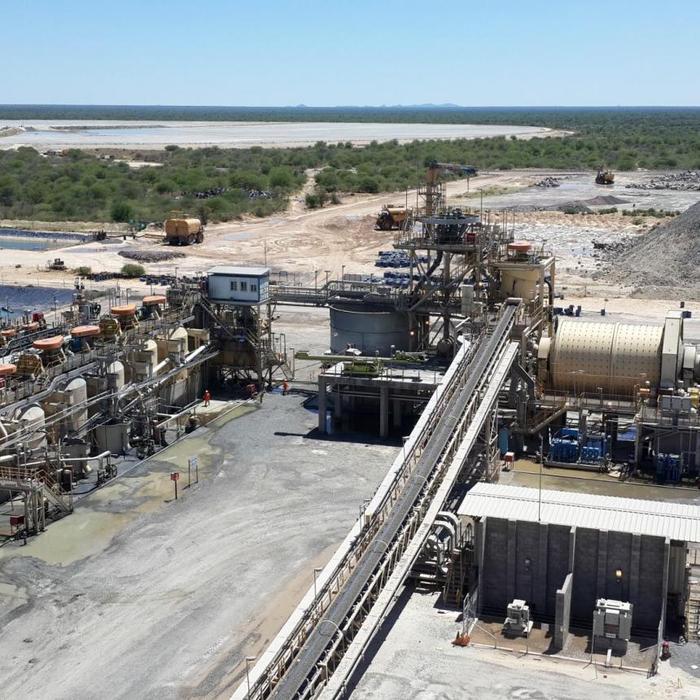 In 2013, Cupric Canyon Capital acquired two important mining properties in connection with its purchase of Hana Mining; these are known as ‘Banana Zone’ and ‘Zone Five’ and contain significant copper deposits, including some silver credits. Sam Rasmussen, Cupric’s CEO for Africa, explained that, following some previous exploration and drilling undertaken by the previous owners, the company had stepped up work, particularly in Zone Five.

He said: “There was a very small time period from when Cupric took over to the realisation that we should step up operations at Zone Five, where geologists realised that there was more copper than we first realised.

“As you drill and identify so much reserve or resource is the better word you have to put plans to it. We put plans to that and on March 9 2015 we were granted mining licenses to both sites. The mine continues to get bigger and the studies we do also have to grow. We have a robust project as it is, but it’s getting larger and the grades are increasing; we are seeing some higher grade deeper down.”

He added that Zone Five also contained silver credits which are about 380 grams of silver per tonne of concentrate, providing roughly 1.5 million ounces of silver each year. The copper concentrate has an average of about 40 percent purity. 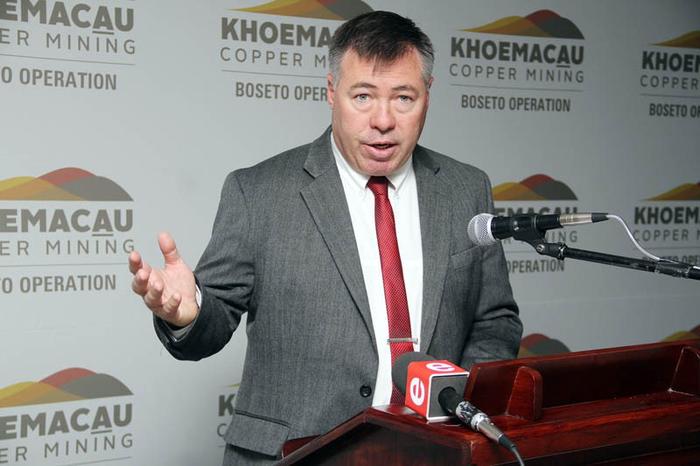 Being in a financial position to weather the challenges of the copper industry (not to mention the recent fall in global copper prices) Cupric has been able to leverage its strong capital position to strategically acquire assets that will complement its operations.

Rasmussen said: “We purchased the Boseto operations from a liquidator for $34 million. Now we will combine the Boseto plant infrastructure with the Zone Five mine which will come together to make an attractive copper and silver concentrate producing operation”

Specifically, the Boseto plant will provide Cupric with a milling capacity which is located only 30 kilometres from Zone Five’s operations; these combined factors will enable the company to make significant capital expenditure savings in the mid to long term.

The volume and quality of Cupric’s mineral asserts (particularly copper) has put the company at a naturally competitive advantage, but the company also strongly benefits from its strategic financial partnership with Barclays Natural Resource Investments (BNRI).

Rasmussen said: “We have 2 percent copper in the ground at Zone Five whereas Banana Zone was only 0.6 percent over all. This is obviously a marked change and with the structurally controlled nature of the Zone Five deposit allows it to be readily and easily mined using underground methods.

“In terms of size, we have identified about 100 million tonnes of resource. We have a 3.6 million tonne per annum plant, a 25 plus year lifespan. Size is how we distinguish ourselves. We have a larger denominator, therefore our unit costs are down. I can safely say that on operating costs we are in the lowest quartile of copper producers.”

He also explained that receiving the majority of its funding from BNRI was also a strategic advantage, since the bank had a seat on the board, supported by a team of industry experts. He added: “Barclays are obviously very big. They’re experienced and results driven, and they have a very thorough methodology. For every dollar we spend they rightly expect to see an increase in value.”

Clare Calver, Head of Human Resources and Communications explained that not only did her team have to tackle the ‘everyday’ Human Resources trials faced by mining companies, but also navigate the challenges of operating in a remote part of Botswana.  She explained how the company was facing up to this challenge: “We have done a lot of benchmarking – we have worked with consultants based in Botswana to inform our benefits strategy.”

“We have made a commitment to the local communities where we look to resource lower-skilled positions from the local communities and the local district. Expatriates are built into our model and will be a reality for the first few years of our operation. We will have a job shadowing programme; for every expat we find a national counterpart.  Skills transference will be closely monitored.

“We are very mindful of the psychosocial aspect – they are surrounded by bush and sand for three weeks at a time. We operate in a very remote part of the country and try to keep our staff busy on the social side so they have other outlets. We make sure that they have recreational opportunities. We have been very successful thus far and will continue to be so.”

Furthermore, she added that Cupric Africa has gone beyond the norm in an effort to ensure that its workforce is well looked after, backed up by the consultancy work taken with Botswana specifically in mind. This has culminated in the provision of a comprehensive employee benefits package which includes pensions, medical aid and bonus schemes.

In short, in just a few years Cupric has been able to become a significant player in Botswana and has done so by not only making the right financial investments, but also by ensuring that its teams are both well trained and well provided for. Its future, and potential legacy in the region are certainly both exciting.