Coal is here to stay! Botswana to drive the future of coal power demand

Outside of gold, coal is arguably one of the first mineral resources that springs to mind when the conversation turns to mining. Coal has been mined as ...

Outside of gold, coal is arguably one of the first mineral resources that springs to mind when the conversation turns to mining. Coal has been mined as a resource for energy for decades, and as with any commodity, there has and will always be a suggestion that it’s on the decline and mine operators and explorers should be seeking alternative opportunities.

This conversation is largely stimulated by the majors of the world, such as Rio Tinto selling all of its coal assets as it seeks to “streamline its portfolio”.

While this is very much the case, Rio Tinto believes that its other metals-based assets are much more viable and profitable than coal – a major mining operator exiting one of the most profitable mineral sectors speaks volumes as to its position in the current mineral market. Couple this with the news that China is continuously seeking more alternative renewable energy sources, being one of the largest consumers and producers of coal, what does the future hold for coal mining?

To Rio Tinto, coal may very well have lost some of (if not most of) its sparkle, but some of the biggest players are still very much alive and kicking in the coal market. Glencore remains the largest exporter of coal globally and has invested billions of dollars in purchasing those Rio Tinto coal assets, but it’s not only the larger players that are defining the industry of today and, more importantly, the industry of tomorrow. 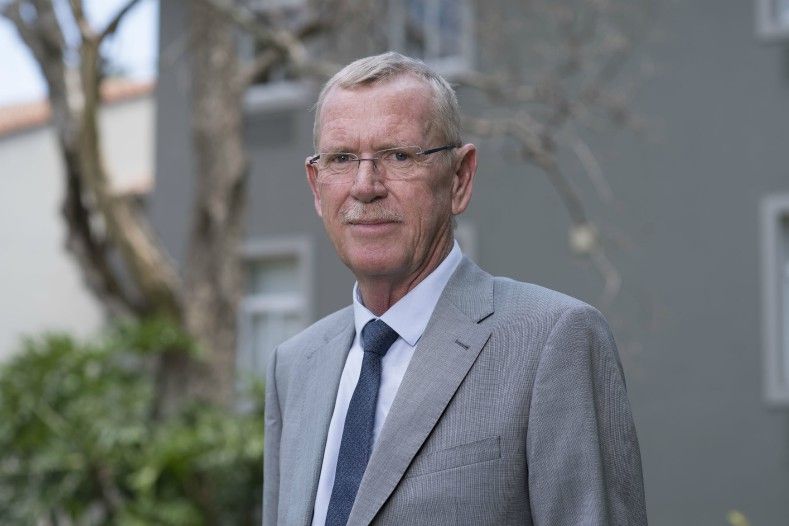 One company in particular is embarking on an ambitious growth journey in Southern Africa.

“Coal is here to stay for the foreseeable future,” says Andre Boje, CEO of Minergy Limited. “There is high demand for coal in Southern Africa, and it is likely to remain the most affordable fuel for power generation in many developing and industrialized countries for decades.”

The International Energy Agency forecasts that coal will remain among the largest single sources of electricity generation for another 30 years, with it currently accountable for 41% of global generation and 29% of all primary energy demand.

As a further testament to the high demand for coal in Southern Africa, in 2017 Botswana was listed as the highest ranking African country for investment attractiveness by the Fraser Institute of Mining.

Running alongside this is the small fact that there are estimated coal reserves of up to 200bn tonnes in Botswana. Needless to say, the country certainly has the resources to meet the growth in demand anticipated across Africa, which is where Minergy comes in to play.

Minergy is an emerging coal mining and trading company, based in Botswana, with the one true goal of becoming the supplier of choice to industrial customers and power utilities across Southern Africa.

Boje has operated in the coal mining industry for more than 20 years, trading coal to industrial users across the region with Chandler Coal, and it is this experience first-hand of the Southern African coal market that presented him with a key understanding of how to succeed in this space.

The secret to success as a coal trader in the growing energy power generation market across Africa is a simple one – logistics.

“In the power industry, the only real money makers are the guys that build the power stations,” he says. “So, I started to look at how we monetise the coal in Southern Africa and it’s through logistics. It’s not rocket science, the guy who can deliver the coal to the end user at the cheapest price is going to get the order, and that’s what we do with Minergy.”

Minergy has a core focus, to develop its flagship Masama Coal Mine located on the Southernwestern edge of the Mmamabula Coalfield in Southern Botswana. Through its wholly owned subsidiary, Minergy Coal, the company is sitting on top of a 380Mt coal resource and, given its location, it can reliably deliver a steady stream of coal product to the local, regional and international markets.

As Boje noted, the company plans to achieve this growth and become the coal partner of choice through an unrivalled logistics network.

It is not uncommon to hear from mining operators working throughout the African continent highlighting the logistical challenges that come with it. Working in remote locations with limited infrastructure can sometimes be the difference between a potential world class deposit developing into exactly that, or being left behind due to the challenges and, ultimately, the cost of handling the logistics of the operation.

But this is not the case for Botswana.

“We ship the bulk of our coal into the regional market by road and there are a dozen truckers who will supply you with the necessary logistics to get the coal out of Botswana,” says Boje, “and the road infrastructure in Botswana is really good.

“The government is committed to developing the coal industry, so we do not face the logistical challenges in the domestic market. Internationally, that’s where it becomes a little more challenging.”

Earlier in 2018, the rail logistics provider Transnet Freight Rail entered into a memorandum of understanding with the government-owned Botswana Railways to build a 123km rail line connecting Waterberg coalfield in Limpopo and Botswana.

This will go a long way in enabling Minergy to connect with international markets and play a key role in the export of 10-12mn tonnes of coal per year. Described by Boje as a “game changer,” this network will not only significantly boost Minergy’s growth but be a driving force in the growth of Botswana, Southern Africa and the continent at large.

“All of Botswana, not just Minergy, can contribute to African growth,” he says. “And utilising the Southern African logistical infrastructure will be the key force in enabling that growth. By connecting us with wider markets, it will only serve to cement Botswana’s status as an attractive mining jurisdiction for both operators and investors.”

For any mining operation, having a strong, supportive relationship with the government or a government body is something that cannot be taken for granted. Across the African continent, particularly in the mining industry, there are a number of areas where political instability has historically proven to be a major hurdle in the development of the sector.

Once again however, this is an area where Botswana can be proud.

“Read a newspaper and you’ll see stories of political turmoil, resource nationalisation, corruption and poor mining environmental standards,” concedes Boje. “But here in Botswana the government has truly embraced us and given us as an industry every assistance to get our mining licence, and they continue to actively encourage our operations.”

Boje continues: “It’s absolutely vital that you have a good relationship with the government otherwise, quite frankly, you’re never  going to succeed. It’s as simple as that.”

Minergy Coal was listed on the Botswana Stock Exchange (BSE) in April 2017, and Boje highlighted the listing as the “beginnings of a resurgence in the Botswana coal industry”.

“Never before has coal been more investible than it is right now,” says Boje. “But there is no coal industry in Botswana without the government, without local partners, without local skillsets.

“There is no such thing as the demise of coal, and we want to grow Botswana’s coal, not just for Minergy, but for Southern Africa.”