In the beginning the forecast for 2016 appeared optimistic. Then the first four days of trading occurred and it was apparent optimism for the new year ...

In the beginning the forecast for 2016 appeared optimistic.

Then the first four days of trading occurred and it was apparent optimism for the new year would be in short supply. Thanks in part to China’s rough start, the S&P 500 and Dow Jones Industrial Average both opened 2016 with their worst four-day starts in history, the Nasdaq was down 6.4 percent during the first four days, Canada’s TSX continued its 19 percent decline and the FTSE fell 4.8 percent. 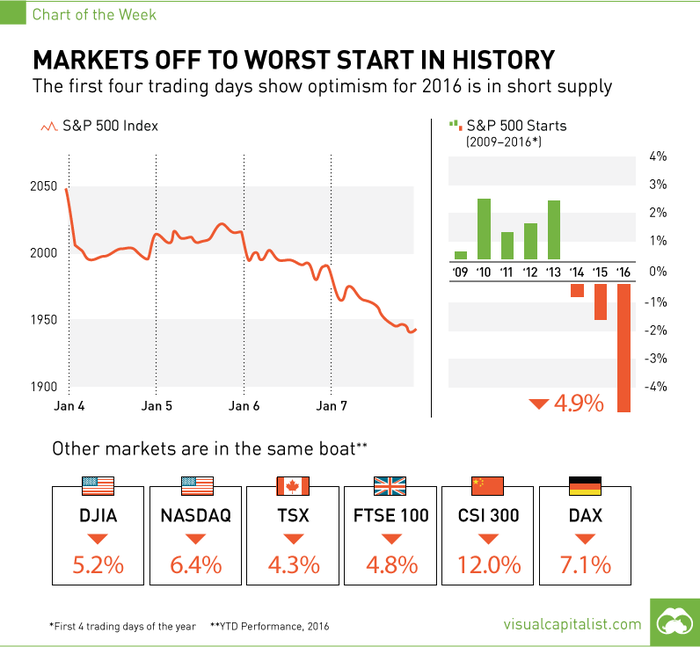 "The start of the year is very poor, so that's got investors on the defensive," said Bucky Hellwig, senior vice president at BB&T Wealth Management in Birmingham, Alabama.

"In the face of weakening global growth ... it's difficult to find reasons to commit money at this point even if one is bullish," he said, adding that he expects stocks to rebound from these oversold conditions next week. 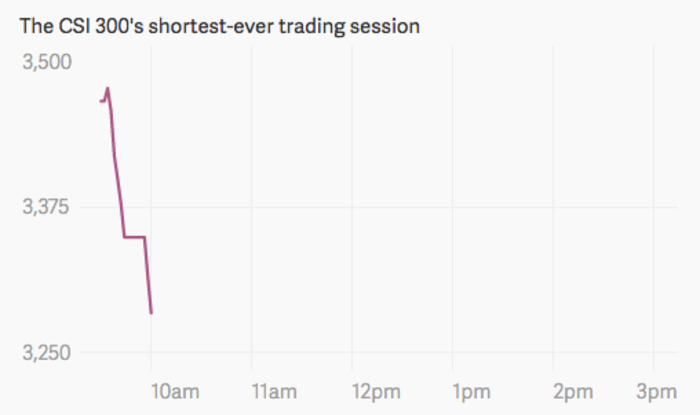 According to Visual Capitalist, another point noted in the chart above is that the starts for the S&P 500 have been trending more towards negative territory each year since the Financial Crisis.