In the mining industry, producers and explorers quite literally live and die on commodity cycles and there are a whole host of external factors, often u...

In the mining industry, producers and explorers quite literally live and die on commodity cycles and there are a whole host of external factors, often uncontrollable, that contribute to the fluctuating market.

Commodity cycles, and the challenges they present, are inescapable. Some of the world’s largest producers have suffered in recent years through a downturn in the market, but it is often the smaller emerging explorers that feel the full brunt of those commodity cycles.

“Sometimes it’s luck,” says Vince Algar, Managing Director of Australian Vanadium Ltd. “You can’t form miracles, so you have to keep sight of a long-term objective and a vision.”

That long-term objective for Algar and Australian Vanadium is to become a large scale global producer of vanadium, a metallic element that is used for metal alloys like rebar and structural steel but also plays a vital role in battery technology and energy storage.

Through its flagship Gabanintha Project, AVL is poised to capitalise on a significant surge in the vanadium market, following years of stagnation and low-price points.

“Vanadium has probably spent the best part of the last four or five years at an all-time low in terms of value,” he says. 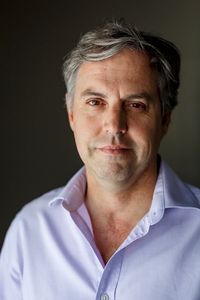 This low value has resulted in a significant lack of investment, which in turn has seen a long-term degradation of global vanadium supplies. This is only exacerbated by a number of large scale steel plant closures across South Africa and China, two of the largest consumers of vanadium.

But, as Algar points to, central government in China has been refocusing its operations and seeking ways to reduce its carbon footprint and carbon emissions. This has seen a gradual increase in the demand for steel and in turn vanadium.

“If you can imagine then, that 30-40% of the market is producing Chinese steel rebar and China is being told to increase its use of vanadium,” Algar says. “That’s going to have a very big impact on the market and AVL will be finely positioned to capitalise on that.”

Swinging for the fences

At the time of writing, vanadium’s current stock market price sits at $10 per pound. Turning the clocks back to only two years ago in November 2015, where the price stood at close to $3.50 per pound and the market upswing is as clear as day.

“That really transforms the economics of a project like ours,” says Algar. “We have a high-grade project, a world class resource which can extract high volumes of vanadium. As the market begins to grow, that becomes extremely attractive.”

That high-grade, world class vanadium resource, is the Gabanintha Vanadium Project, located in Western Australia. Australian Vanadium has owned the project for a number of years, owing to that low value commodity cycle, but it has always had one eye on a long-term ambition of developing the mine site to become a major global resource of vanadium.

When Algar entered the company back in 2014, Gabanintha was already a well drilled site, and as the market began to rally, attention soon turned to new drilling programs in order to update the resource and provide a clear understanding of the mineral and resource infrastructure at the site.

This happened on two occasions. First up, 2015.

“Our detailed drilling program back in 2015 really allowed us to move our resources from inferred to indicated resources, providing us with much more confidence in the detailed structure of the deposit,” says Algar.

But, as the market continued to rally, a further study was needed and in September this year AVL announced that it had “significantly upgraded” the resource at Gabanintha. This significant upgrade came in the shape of a 96% increase in mineral resource tonnes, with the total resource now standing at 179.6Mt.

This, the company stated in an announcement, strengthens AVL’s position as a globally significant high-grade vanadium deposit.

For Algar, it further solidified the confidence that AVL has placed in Gabanintha.

“We have improved the scale, the size and the confidence in the project,” he says. “We have revised all the previous information and data that we have, captured it and reanalysed it and were able to record that huge 96% resource increase.”

This, in effect, has provided Algar and AVL with some breathing space. Now that the resource has been upgraded, to huge success, the company can focus on the next steps towards development, namely a detailed mine plan.

For any mining company, explorer, or producer, the importance of striking up key relationships with local landowners and regulatory bodies cannot be understated. If a commodity cycle can define a mining company’s entire existence, then having the right permits in place and communicating with the right people is the next major hurdle that needs to be overcome.

Algar admits that this is often a lengthy process, but an essential process nonetheless.

“We’ve crystallised our understanding of the geology, so we can focus on the mine plan,” he says. “But even then, we must take into account the environmental requirements and foundations, the conversations with the local groups regarding our socio-economic impact and land agreements – all of which is essential in our progression,”

All of this foundation work is part of the goal of AVL to develop Gabanintha to a point where the resource can stand alone and be recognised on a global scale as a world class, high-grade resource.

As Algar states, the company is now working to “finish the home run” with regards to the necessary permitting and further studies that will be completed along the way and, even then, this is only the beginning for AVL.

With the growth of the vanadium market over the last four years, Algar firmly believes that it will only continue to do so as more and more uses for the resource emerge and the demand continues to rise.

With Gabanintha, AVL will be in a key position to capitalise on this market growth but more importantly, define it.

“We want to get to a point of finalising our mine plan, having all the funding and permits in place and then get to production within the next five years,” he says.

“The market has a long time to run and with Gabanintha we have a project that can run alongside that and play a key role in defining the future vanadium space.”

Algar believes that Gabanintha can and will become a world class asset that will supply the oncoming demand for vanadium for the next 10 to 20 years and through the updated resource it’s hard to argue that the project certainly has the capacity to do so.

AVL has certainly come a long way since just a few short years ago and Algar admits that while one cannot predict how and when a commodity cycle may enter an upward swing, you have to keep the long-term goal in sight.

“There’s a lot of short-termism in our industry,” says Algar. “And sometimes it’s difficult to navigate at times, particularly as a young emerging company or when operating in an emerging market.

“But you have to keep sight of that long-term goal and when investors see that, and they see the progress you have made and what you can offer, then success will follow. That’s what we have at Gabanintha. We have world class resource, a crystal-clear vision and most importantly, we understand exactly where the market is.”