Golder’s European Mining Leader Marco Maestri analyses the current state of the UK mining industry and asks: What does the future hold? The UK (and Ire...

Golder’s European Mining Leader Marco Maestri analyses the current state of the UK mining industry and asks: What does the future hold?

The UK (and Ireland) have a rich mining heritage, peaking during bygone days when vast deposits of coal and iron ore drove the industrial revolution and built an empire. A hundred years ago the nation was largely self-sufficient – a far cry from today.

In fact, to most of the British public, mining itself belongs in this bygone era. When asked to describe mining, most conjure images of Margaret Thatcher, picket lines, and a beetroot-faced Arthur Scargill... Thankfully, that rather blinkered view could be about to change. Recent developments indicate the UK is on the brink of a mining renaissance with several interesting projects at various stages of development, from grass roots, to advanced feasibility, through to operating mines. Many of these projects have been previously worked or known about for years; but as the technological, economic or political landscape changes, so it seems has the viability of previously well-sheltered UK mineral assets.

Globalisation and low-cost competition rang the death knell for many UK mines over 35 years ago, with the closure of the last deep coal mine in 2015 (Kellingley Colliery) seeming to signal the end of the UK’s mining industry. However, a closer look reveals a relatively healthy pipeline of projects currently on offer, due ironically in part to a rejection of globalisation and a general upsurge in protectionist culture. This is not to dismiss the enduringly robust construction and industrial mineral quarry sector or the several soft rock and thermal coal mines (the flagbearer for UK mining for centuries) still in operation, but rather to focus on a new swathe of projects, minerals, methods, investments, and jobs that could potentially arrive as a result of new technology and innovative ways of working. 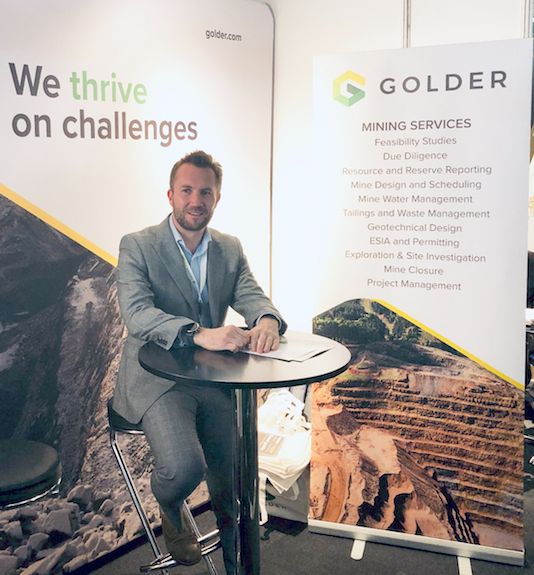 Against the backdrop of a looming, undefined Brexit, and prevailing uncertainty regarding foreign investment and job security, there’s no doubt the current political climate will benefit any major UK development project seeking support - be it from a funding, tax incentive or permitting perspective; even if the gloomy predictions of economic disaster are not borne out. The government is likely to increase public sector spending as well as sweeten investment incentives for the foreseeable future; particularly for parts of the country that are defined as economically deprived (less developed) and therefore currently qualify for EU grant aid, such as Cornwall and parts of Wales.

Also likely to benefit from short-term additional support, which could help soften any economic fallout from Brexit, are the so-called ‘transition’ areas: the Tees Valley and Durham, Cumbria, Lancashire, Merseyside, East Yorkshire and Northern Lincolnshire, South Yorkshire, Lincolnshire, Shropshire and Staffordshire, Devon, the Highlands and Islands of Scotland and Northern Ireland.

Another knock-on effect of the Brexit vote has been the devaluation of the pound - bad news for importing goods and services, but lucrative when local costs are in GBP and your revenues are in US Dollars; and another reason why the UK may well be a more attractive proposition for a globally active company operating in the commodity market.

China, which has applied pressure on the primary industries of ‘developed nations’, has certainly done its part in bolstering the confidence and long-term outlook of construction commodities. The ongoing pursuit of their far-reaching multi-billion-dollar Belt and Road Initiative (BRI) has provided a (relatively) stable platform for potential UK coking coal and tungsten projects. The BRI plan is expected to generate over 120Mt of crude steel demand as ancient trade routes between China and Europe are redeveloped and has had substantial positive knock-on effects for many other commodities and sectors at a time when investment in Chinese infrastructure and urban areas was slowing.

Other global initiatives will also have an impact on global demand for UK commodities, such as 'rural electrification' plans to provide power to remote populations. The Powering Past Coal Alliance, kickstarted by the UK and Canada, will require investment and raw materials to support clean and renewable power projects.

Potash and polyhalite projects are thought to be well insulated from choppy price swings as the world population is rising steadily with crop demands expected to increase by 50% by the year 2050. These factors give comfort to long-term forecasters, and lenders, as demonstrated by Sirius Minerals raising funds to develop its high-profile York Potash Project (Woodsmith Mine)purportedly the largest polyhalite project in the world aiming to be in production by 2021.

The scale of capital required to develop the Woodsmith Mine (reputed to be over £2.5bn) means that it can truly be considered a globally important mining development and proves that projects of this magnitude can be funded and advanced in the UK; an important precedent for future companies looking to develop a mineral asset here. The progress made so far demonstrates the appetite to support these projects is certainly there.

The only active polyhalite producer in the world is the adjacent Boulby Mine, operated by ICL. Having started production in 1976 the mine has shown flexibility in responding to market and deposit pressures to remain profitable, switching focus from potash and salt to polyhalite in response to the geology of the site, and the advancement of a better, multi-nutrient product (Polysulphate). The future of the polyhalite market is an interesting one and the world’s eyes will be on North Yorkshire as the story of the two projects unfolds.

The shift towards electric vehicles and battery storage has benefited previously niche and marginal projects such as the Cornish Lithium project, which seems to be timed perfectly from a political, technological, and market point of view. It has long been known that there is lithium-enriched brine within the fracture networks of Cornish granite; the geothermal potential of which was the basis of a ‘hot dry rocks’ Camborne School of Mines led project in the 70s and 80s and is currently the subject of interest as technological advances have raised the viability question once again.The development of battery storage technology coupled with the green move away from petrol and diesel (new cars will be banned in the UK from 2040) to electric powered cars and autonomous vehicles means lithium (along with graphite, cobalt, tin and copper) is in high demand and presently on trend with investors.

When considered alongside the political aspects mentioned previously, and technological advances in extracting the lithium from brine using reverse osmosis rather than huge evaporation ponds, the project clearly has the potential to excite many a fund manager. When you add in the prospect of tapping into the geothermal energy to power the mine, it’s easy to imagine capitalists and environmentalists foaming at the mouth in unison.

The near-future is seemingly very bright for the UK mining industry, with numerous projects garnering strong investment interest both globally and domestically. Coupled with the nation’s highly experienced knowledge base, and renewed political appetite, the days when UK mining was seen as an old-fashioned industry from a bygone era could well be coming to an end.