EPA approval for the most advanced uranium mine in Australia

The most advanced uranium mine in Western Australia just took one step closer to strengthening its project economics, as the Environmental Protection Ag...

The most advanced uranium mine in Western Australia just took one step closer to strengthening its project economics, as the Environmental Protection Agency has given it approval for expansion plans.

So what do we know about Australia’s newest Uranium developers and how will the recent EPA approval impact the business going forward?

Toro Energy’s m.o is “clean energy for a growing world” and it aims to achieve this through the Wiluna Project.

The Wiluna Uranium project is located just south of the town of Wiluna in the northern goldfields of Western Australia. Toro Energy became the first company to obtain State and Federal environmental approvals for a Western Australian uranium project. This is the Centipede and Lake Way deposits.

The expansion, now with EPA approval, will look to expand both those deposits into open pit mines.

The Wiluna resource contains an estimated 80.5 million pounds of uranium oxide, providing Toro with a 20 year plus mine life for the planned Wiluna Mine. 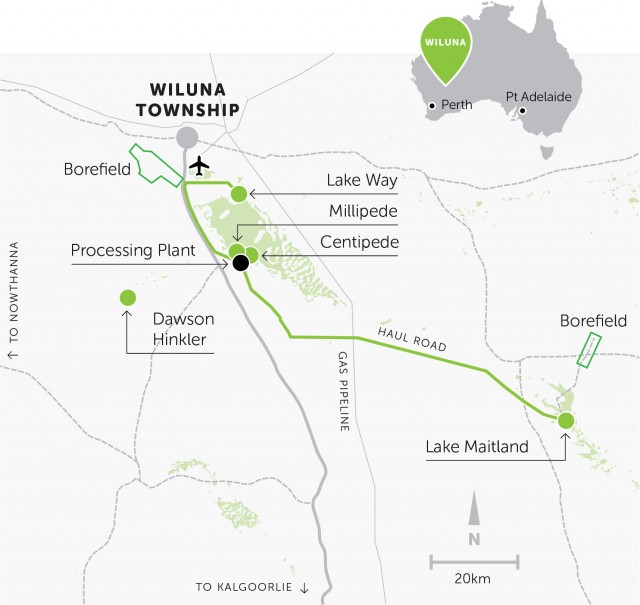 Kazakhstan is the world’s largest producer of uranium from mining, representing around 38 per cent of global annual production. Including Russia, Uzbekistan and Ukraine, more than 40 per cent of uranium supply is now sourced from the former Soviet bloc. Canada is the second largest supplier at about 17 per cent, followed by Australia at 11 per cent.

Uranium, nuclear power and electricity are all connected. With nuclear power currently providing around 13.5 percent of the world’s electricity, and Toro is confident that uranium demand will continue to rise. Toro, in line with Australia’s 30-year history of uranium mining and exportation, stands in a powerful position in the future of uranium.

In 2013-2015, Australia produced 5,710 tonnes of uranium oxide from four mines in northern and southern Australia. Toro, with the Wiluna project and combined output from three other projects across Western Australia from different uranium companies, will contribute to a significant increase of uranium production to an estimated 8,900 tonnes by 2019.

Since Toro became active in the Wiluna region in 2007, the company has strived to support and respect the Aboriginal culture and cultural heritage of the area. Toro has ensured that through every step of the way, the Wiluna Aboriginal community has been engaged with regularly through Traditional Owners, even providing additional funding so the local community could seek further evidence or advice on the implications of Toro’s presence.

The September issue of Mining Global Magazine is live!